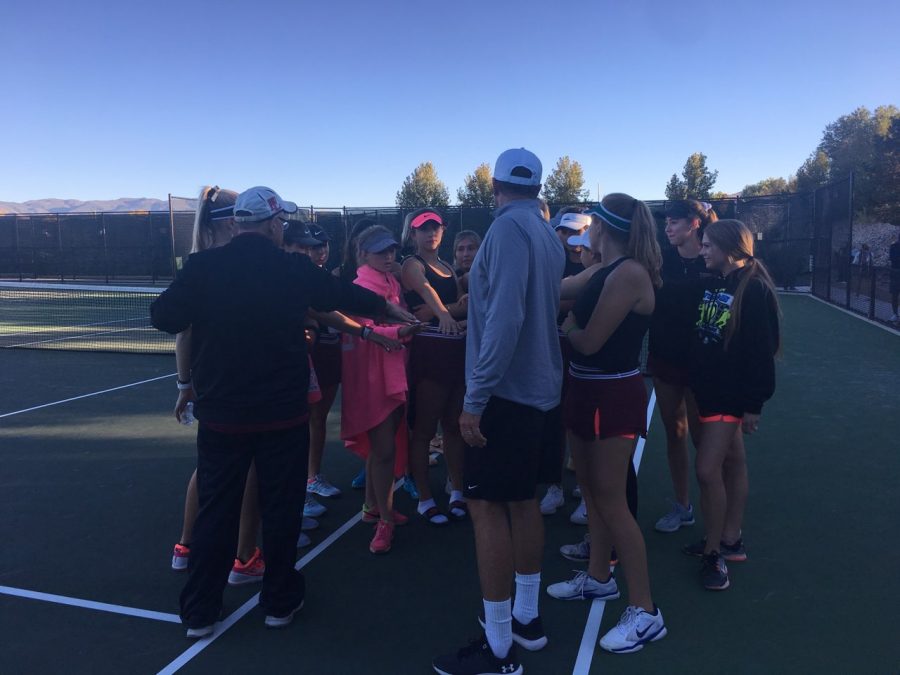 The team unites prior to a match.

Girls tennis finished their season 21-4 after their trip to Reno for State. At Reno, the girls played their first match against Galena High School winning 10-8. Kennedy Barr and Arianna Van Houweling went 3-0 in doubles, and the combination of Kenadee Semenik and Jade Mayweather was 2-0. The girls moved on to the semi-finals, and unfortunately lost a close match to defending state champion Coronado 5-10, giving them the third-place title in Nevada. Some girls’ individuals also qualified and had the opportunity to play at state. Kenadee Semenik and Jade Mayweather won a tough match 6-4, 6-3 against a Coronado duo and another win against Palo put them in the state finals. After a competitive final match the two placed second in state. Mira Filiberti won a straight set over a Reno player in the quarterfinals, giving her the fourth-place title in state for singles.