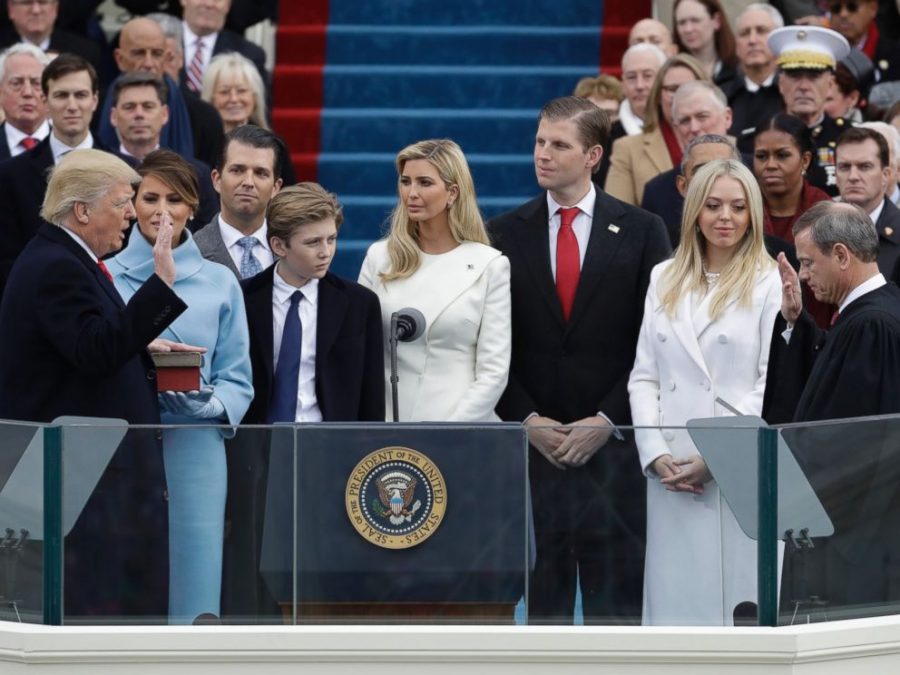 Donald Trump sworn into office at 9:00 AM. Credit: ABC News

On January 20, 2017 Donald J. Trump was inaugurated as the 45th President of the United States of America. Donald J. Trump succeeded Barack Obama as the next President and was sworn into The White House at 9:00 AM by Supreme Court Justice, Clarence Thomas.

In his inauguration speech, Trump addressed his commitment to making America a strong and confident country, and protecting everyone’s rights regardless of race, religion, or any sort of difference.

Trump promised to bring a bright future to the country, as he ended his speech with his campaign slogan.

Starting on the 20th, Donald Trump is the President of the United States and has moved into The White House. Here’s to the success of America, and as Trump said at the very end of his speech,